When the Tower card is reversed in a reading it symbolises the questioner’s refusal to crack up under strain, pressure or shock.

Very often it depicts that someone has armor plated themselves in order to survive a situation.  I saw this clearly for one woman who was nursing her sick mother.  Due to her mother’s dreadful illness she had become “not herself at all”, as my client described it, which included swearing at her, yelling abuse and going into lengthy sulky silences.  My client admitted “bricking herself in” against the onslaught, yet knew that mostly all she wanted to do was to burst into tears.  She accepted that there would be a time, in the future, when her mother eventually passed away, that the constant shocks would have to be released.

If shock remains locked in it results in all kinds of physical ailments, especially stiffness within the body.  Often when a client has a variety of ailments which doctors have diagnosed as “stress” and the Tower card is reversed then I will start to take cards for their past to work out where the shock originated from.  It is quite amazing how the human psyche manages to cleverly cloak and shield us from shock so that we can continue to function.

For one young man we traced the blocked shock back to when his father left his mother.  Never before had he taken the situation to be a shock, yet he clearly recalled how each day he was upset when his father didn’t come home after work. “I never cried,” he admitted.  “My mum needed me and I had to be a man.”

For one woman the Tower card reversed appeared when we were looking at her romantic situation.  She desperately wanted a fulfilling relationship yet found it impossible to trust and feel love back from any partner.  The Tower reversed implied that her heart chakra was blocked which was the cause behind the lack of loving sensation she experienced.  We took cards for her past and the Ace of Cups reversed (broken heart) next to the Ten of Coins (family) indicated that her family had been unable to exhibit positive affection due to their own problems.

On a very mundane level if the questioner is asking about buying property and the Tower card turns up representing the property they intend to buy then it literally indicates that the building is on shaky ground, that the foundations may be at fault or that it is in need of extreme renovation.  I see a lot of people who are property developers and these folk generally just smile at me and say, “I know it needs a lot of work my dear, that’s why it’s a good investment for refurbishment.”  One man even roared with laughter.  “That’s what I intend to do,” he said. ”Raise it to the ground and build something new.” 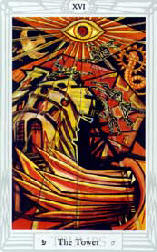 The Aleister Crowley Thoth Deck, painted by Lady Frieda Harris has one of the most moving Tower cards.  She painted this card during the war, in London, during the blitz.  I often get the impression from the image that she looked out of her window and simply painted what she saw.

To the bottom right of the card is a fire breathing Hell’s Mouth symbolising the personal Hell we descend into when our ego tower is struck. 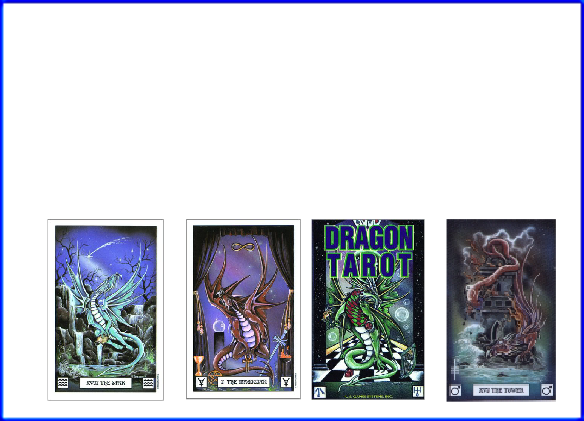 A very attractive fantasy tarot pack with dragons used throughout.  The packs main downfall is its digression from the traditional symbolism, often omitting some of the most important elements.

An excellent pack for anyone who is in love with all things dragon and Peter Pracownik’s artwork is superb.  One for the tarot 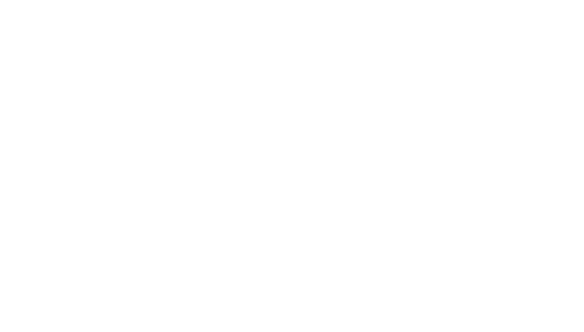 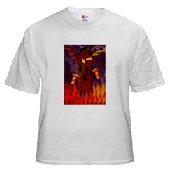