There has long been a tradition of assigning the tarot to Egyptian mythology. One of the founders of what I call the Tarot Egyptian myth was Comte de Saint-Germain who proposed the concept in 1901 in his book Practical Astrology.  His True name of   Edgar de Valcourt-Vermont 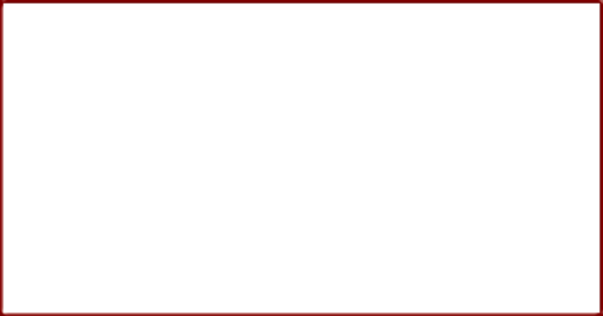 An Egyptian themed tarot pack mainly depicting scenes from the life of the Pharaoh Ramses II, as well as general everyday Egyptian life.  These tarot cards have clear life like images and full scenes on each card. 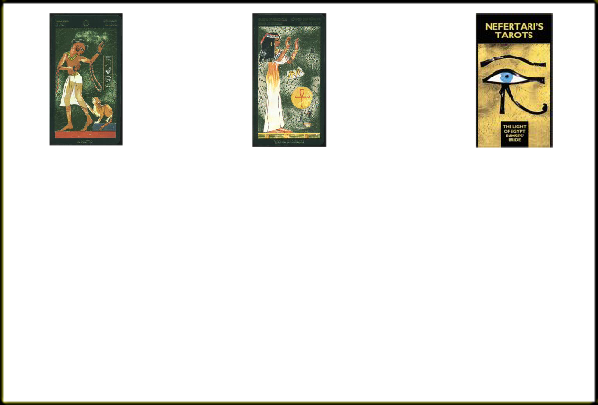 I personally love this tarot deck.  The images are crisp and clear, the gold embossed on in a foil effect (which does not photocopy up well at all...you can’t see the glitter)  Each card has a background scene with a Waite like theme, and the only downside is that the coins, cups, swords and batons have all been “nibbled” a bit to make them appear ancient. At least one friend of mine said that he didn’t like his coins damaged! 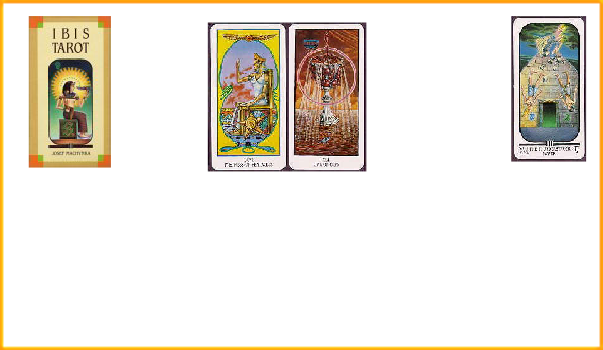 A very colourful Egyptian style tarot deck with lots of mingling of tarot concepts, including some Waite style images and lots of Egyptian symbolism & hieroglyphs.  A bright and fun tarot deck for anyone who likes to delve into ancient Egypt. 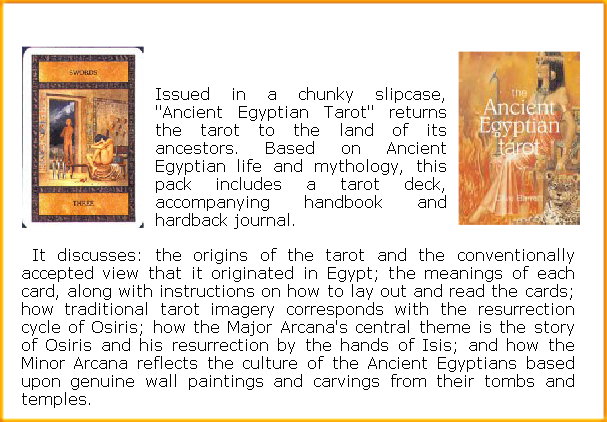 Here’s  a link to a really comprehensive site on the history of Egyptian Tarot Decks.  There is so much myth written about tarot and its origins but this site helps clarify the roots of at least one myth... Tarot’s Egyptian myth.